An estimated 240,890 men will be diagnosed with prostate cancer in 2011. And, this year, it is expected that 33,720 men will die from it. Overall, men have a 1 in 6 lifetime risk of developing prostate cancer. Given that the estimated 2011 risk for breast cancer is 230,480 women, with an estimated 39,520 deaths and a 1 in 8 lifetime risk, it is shocking to me that there hasn’t been more of an effort to educate the public about the prevention and treatment of prostate cancer.*

Because this is a very serious issue, and much education needs to be done to raise awareness about prostate cancer and men’s health overall, I love the lighthearted approach that Movember takes. Movember is a mustache-growing charity event held annually throughout the month of November to raise funds and awareness for men’s health issues such as prostate cancer and depression. The gents at Movember have definitely met their goal of  creating an “innovative, fun and engaging annual Movember campaign that raises funds and awareness globally.” You can visit their photo gallery to take a peek at some of the fun, yet awe-inspiring, facial hair that participants have cultivated.

For the 3rd year in a row, Anthony Moriello is participating in Movember. When I asked him what motivated him to participate, Anthony responded, “I became involved with Movember because I find it to be a creative and effective way to raise awareness about men’s cancers and men’s health in general.  It’s gone viral and I’d bet that when people see mustaches this time of year they stop and think ‘Hmmm, it’s about time for a doctor’s visit.’  It also gives me a a great reason to grow a mustache that, as you will soon see, I have no business growing.”

As the face of Movember for my blog, I will post Anthony’s weekly progress photos as he goes from clean shaven to Mario Brother lookalike. You can support Anthony and his Movember team, the Wade Bogg All-Stars, by going to their Movember team page and making a donation. The funds raised by Movember go to some great organizations that promote true cancer prevention research, as well as screening, treatment and survivorship initiatives. 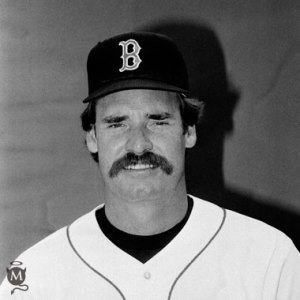 Age-Progression image of Anthony at Day 30