While hiking in the mountains recently, I came across several patches of Jewelweed (Impatiens capensis). The plants were lush, and several were about 4 feet high. I carefully picked off about two cups of leaves, stems and flowers, with the idea that I would create an infusion from them.

The plant gets its name from its leaves’ strange characteristic of resisting water — if you pour it on the leaves, the water simply beads up in balls that look like little crystal gems. 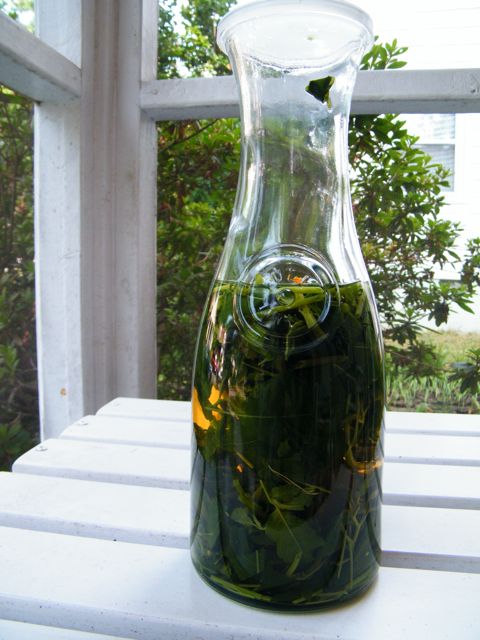 One of the medical constituents of jewel weed is Lawsone, which has  antihistamine and anti-inflammatory activity. I experienced the medicinal power of jewelweed several years ago while on a guided nature walk. I accidentally brushed against stinging nettle with my bare calf, which instantly resulted in extreme stinging pain and a raised, burning rash. The woman guiding us pointed out some jewel weed growing next to the nettle and instructed me to grab a bunch, smash it into a ball and rub it against the inflammation. It was miraculous how quickly it alleviated the pain. And the swelling went away just as quickly.

I have since read that it works equally well for insect stings and poison ivy. It also is effective in preventing poison ivy rash if rubbed on immediately after exposure to the poison ivy. 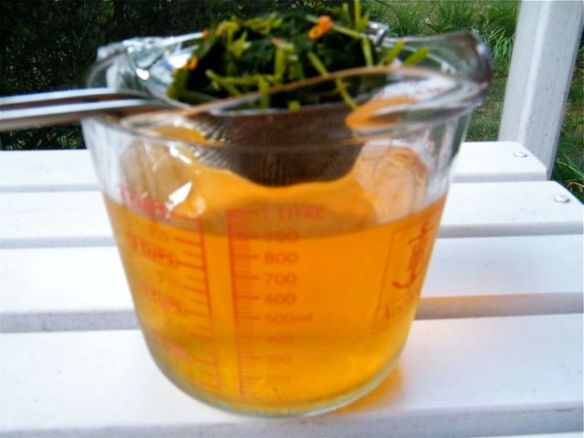 For an instant cure, you can just crush up a bunch of leaves, stems and flowers until they become juicy, then apply the poultice to the affected area. Or you can make an herbal infusion.

I made an infusion of the leaves, stems and flowers and used it to make jewel weed and calendula soap. It will be fully cured and ready for sale by the next Ballston Arts & Crafts Market, scheduled for August 14!