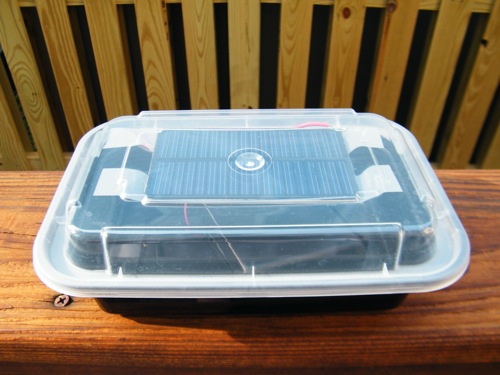 The storms that blew through the Midwest and Mid-Atlantic on June 29 left us, along with millions of other people and all of the businesses in my town, without power for several days. I was incredibly grateful for a handcrank/solar-powered radio that I’ve had for years. It keep me abreast of the news, and provided some musical entertainment. It also inspired me to figure out how to make some solar appliances for future power outages. I heard stories on the radio of  people buying up batteries, and it occurred to me that I would prefer not to have to rely on them.

So, I headed to a library a couple of towns away (the closest one that was open) and did some research. I decided to start with a solar-powered battery charger since it was an easy first project. It required knowledge of how to use a soldering iron, but I had learned this as a child, having put together many Radio Shack kits with my father. The charger would be a low-cost-of-entry project, and if it turned out okay, I would go on to bigger and better things! 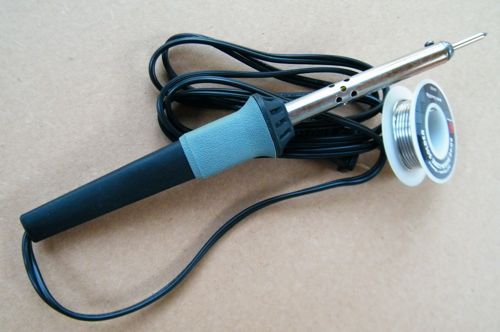 In addition to a 25-watt soldering iron ($8.99) and some solder ($5.49), which I can use for numerous future projects, I found that all I needed was the following items: 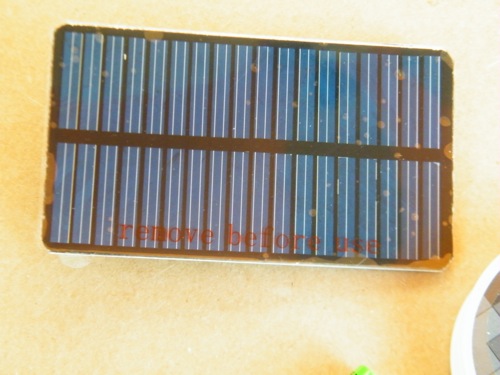 1) A solar panel. You need to have a total of 9V to have enough energy to charge your batteries. I purchased a 1W 9V ($16.99), but some articles I read used anywhere from 2V to 4.5V and connected them. You can even salvage some from inexpensive solar garden lights for less than that. 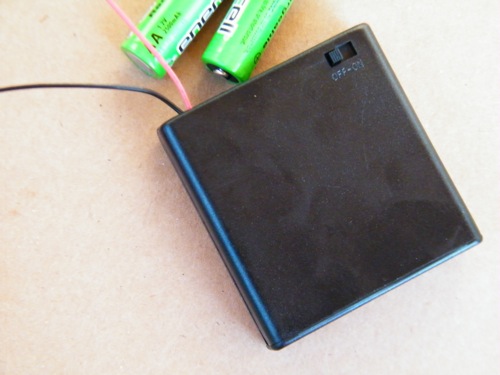 2) A rechargeable battery holder. I chose an enclosed one that can hold four AA’s ($2.29), but they come in a variety of configurations for different types of batteries. 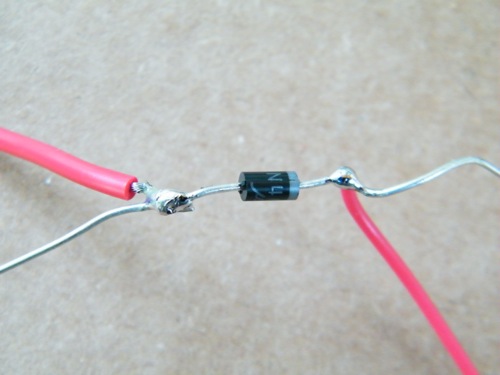 3) A few things I read said that I needed to have a “blocking diode” to make sure that once the batteries are charged, and the light source is taken away (i.e., the sun goes down), that the power doesn’t flow back from the batteries into the solar cell and damage it. However, at one of the Radio Shacks I visited (I ended up going to a total of 3), the guy helping me said it wasn’t necessary, and since I didn’t know the exact number/name of the diode that I needed, I decided to forgo it and do some more reading.

Apparently, there is some debate over the necessity of blocking diodes for such a small project. However, I came across an article by someone who had actually measured the amount of energy flowing in and out, and he concluded it was necessary even for a project of this size. So, after some more reading, I decided to purchase a 2-pack of 1N4001 micro 1A diodes ($1.29).

Once I had gathered all of my materials, the actual putting together of the battery charger was very simple. 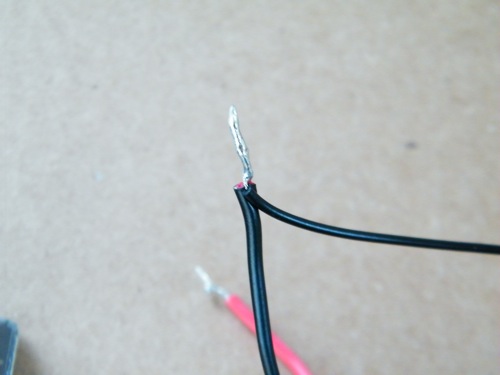 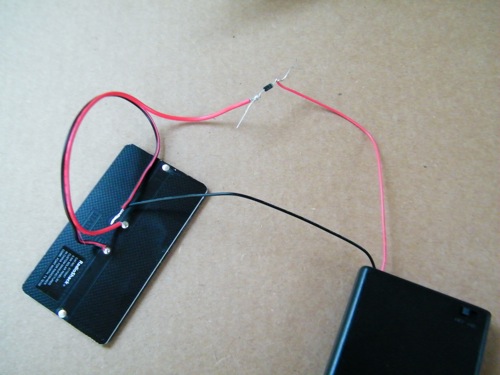 NOTE: It is important that you attach the diode in the proper direction to make sure that the energy is flowing TO the batteries and is blocked from returning to the solar panel, so it is important to read the diagram on the diode packaging to see which way it should be facing. Diodes have colored (or in my case grayed) bands indicating which end is which. 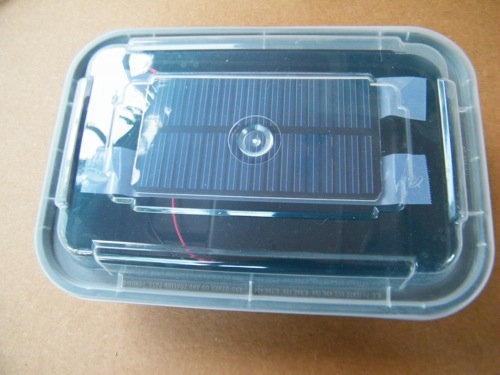 3) This part is not necessary, but since you have to leave your charger in the sunlight for several hours, it is nice to have some sort of weather protection. So I taped the solar panel to the inside of the lid of a takeout container. You can use anything with a clear top.

4) Once it was assembled, I just inserted four AA NiMh rechargeable batteries and let it sit for a total of 15 hours in the sunlight (I read that it takes anywhere from 10 to 15 hours for the batteries to fully charge). 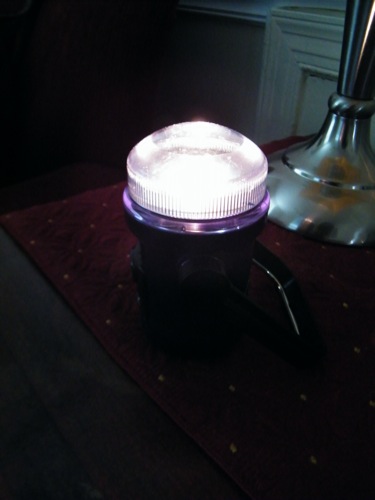 Once the charging period was over, I transferred the batteries into this little flashlight. It worked like a charm! It was very satisfying to know that I had harnessed the sun’s power for this simple task, and it gave me the confidence to move onto bigger things.

My next project will be a solar USB charger so that I won’t have to worry about running out of juice in my phone during the next extended power outage!

[UPDATE: I came across some new instructions for a solar-powered battery charger in which the author recommended the use of a 1N914 Diode. I don’t know enough about the differences between the 1N914 and 1N4001 to say which is more appropriate. If there are any experts out there who can shed some light on this, I would greatly appreciate it!].